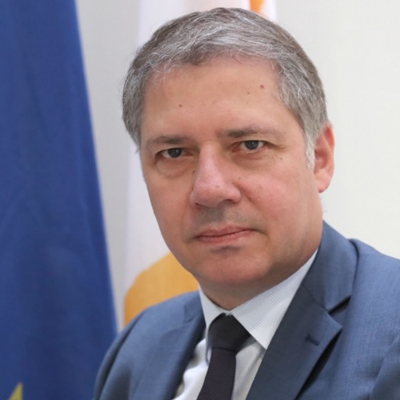 Ambassador Kornelios S. Korneliou was born in Nicosia, on 29 June 1963.

He graduated from Kykkos High School in Nicosia and studied Political Science, Philosophy and American Cultural History at the Ludwig Maximillian University in Munich, Germany. He wrote a thesis on “Greece’s Membership in the European Economic Community and its consequences on its foreign policy”.

He is married to Xenia Nicolaidou and they have one daughter, Maria.