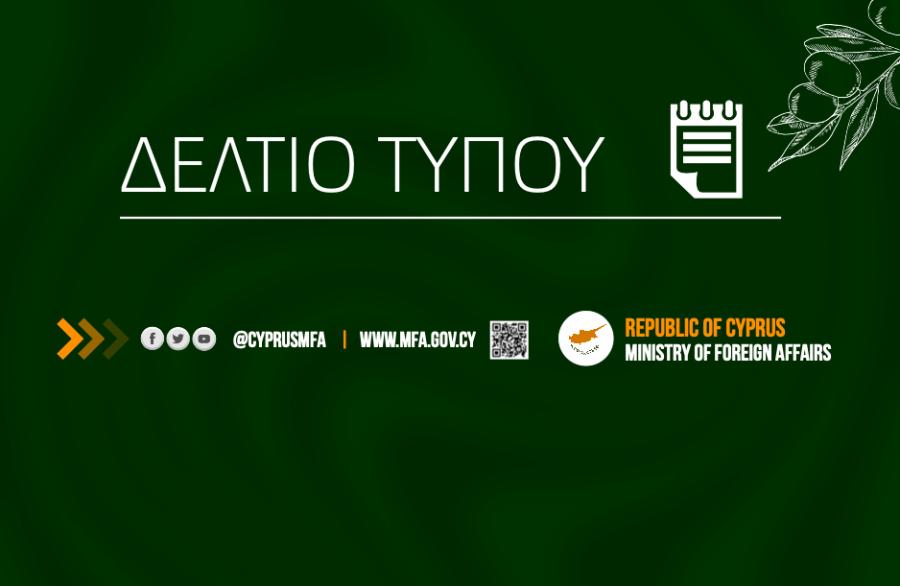 Ministers Kasoulides and Di Maio had the opportunity to exchange views on a wide range of issues, focusing inter alia, on the review of bilateral relations and the examination of ways to further deepen our relations in a wide array of sectors, the Cyprus problem, energy issues, the situation in Ukraine as well as other regional and international issues of common interest.

During their meeting the Foreign Ministers, confirmed the excellent relations between the two countries, which are based on shared principles and values and, mutual respect. The will and readiness of the two countries to further strengthen bilateral cooperation in areas such as the economy, trade, education, energy, tourism and investments was expressed.

The two Ministers exchanged views on the situation in Ukraine following the Russian invasion of the country, while reviewing the EU's coordinated response. In addition, they discussed ways to manage the complications brought about by the Russian invasion such as the food crisis, high consumer prices, inflation and energy supply concerns. Mr. Kasoulides informed his counterpart about the way in which our side perceives the next steps in the Cyprus problem, as well as the efforts made by our side, through Confidence Building Measures, to create the right conditions and prospects for the resumption of negotiations. In this context, Mr. Di Maio reiterated Italy's support for the efforts to resolve the Cyprus problem under the agreed framework of the Bizonal Bi-Communal Federation, in accordance with the relevant Resolutions of the UN Security Council.

During his presence in the Italian capital, Mr. Kasoulides met yesterday with the CEO of the energy giant ENI, Mr. Claudio Descalzi, with whom he discussed energy issues, with an emphasis on ENI's cooperation with the Republic of Cyprus as regards the company’s activities in the Exclusive Economic Zone of the Republic.

In addition, Mr. Kasoulides met, over a working breakfast, with the Ambassadors of the countries accredited to Cyprus based in Rome, whom he informed about the main pillars of our foreign policy, the Cyprus problem, while an exchange of views took place on a broad spectrum of topics.

The Minister of Foreign Affairs returns to Cyprus on Wednesday, July 27.