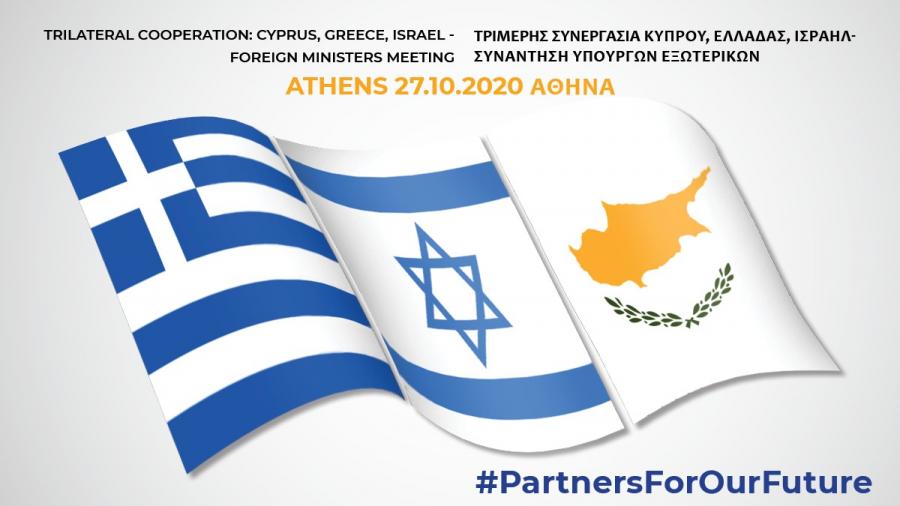 During the Meeting, discussions are expected to focus on the latest developments in the Eastern Mediterranean, the Middle East and the broader region, as well as on the further enhancement of cooperation between the three countries in a wide range of topics, especially in relation to energy, tourism and the economy. Ministers will also have the opportunity to review the results of cooperation between the three countries to date, and to consider the next steps in institutionalizing this cooperation.

Prior to the start of the Trilateral Meeting, Mr. Christodoulides will hold separate, one-on-one meetings with his Greek and Israeli counterparts, Messrs Nikos Dendias and Gabi Ashkenazi, respectively.

At the end of the Trilateral Meeting, the three Ministers will make statements to the media (at 13.00).