5 Nov.2020 - Address by FM Nikos Christodoulides at the 2020 Thessaloniki Summit 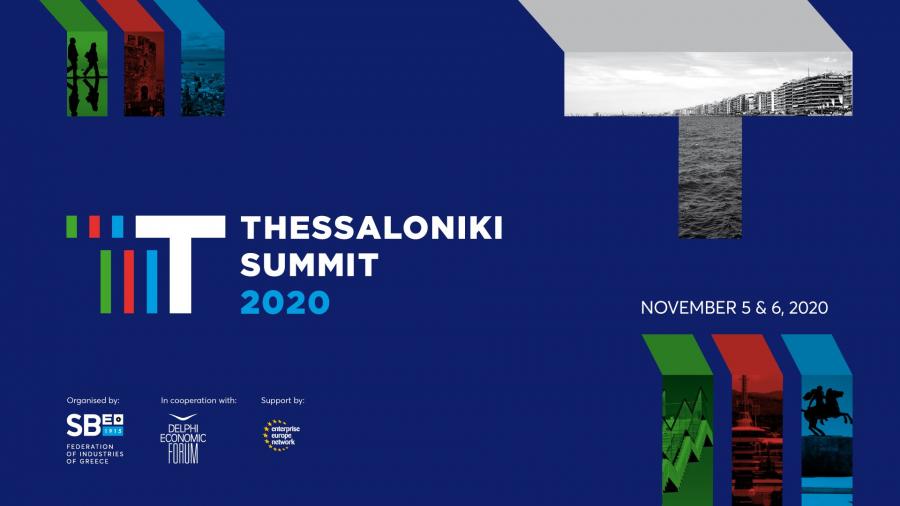 [Speech in panel discussion on "The Eastern Mediterranean in crisis"]

First and foremost I wish to thank the organisers of this year’s Thessaloniki Summit.

I warmly thank the organizers both for their invitation to participate in this panel on the pertinent topic of developments in the Eastern Mediterranean, as well as for their perseverance, in organizing the Summit virtually, in light of the pandemic.

Our world, and by extension politics and international relations have taken a peculiar turn in recent years as a result of world-wide crises.

A decade ago we had the economic crisis that shook countries and governments to their core. It was followed by the migration crisis that not only challenged capacities, but also led to an existential crisis for governments and organisations. Xenophobia, extremism, climate change have all been on the rise. And now, we are faced with a pandemic.

The accumulation of the aforementioned have posed a tremendous challenge to firmly established fundamental, core principles of the international system, primarily formed after the end of the Cold War.

As a result nation states have been led to insularism, to an introvert approach as a form of self-protection. In addressing most of these crises, countries for the most part have looked inwards rather than outwards, in search of national solutions.

Cyprus, as well as other countries in the region has opted for a different path. Arguably our geography alone would have increased the chances of Cyprus also choosing the insular, introvert path. But our history, our close, excellent relations with our neighbours, and our strong belief that global challenges can only be effectively addressed through regional and global action, through multilateralism, led us on a very different path.

Indeed, developments in the region over the last years are solid proof that states are following the path of cooperation and synergies.

Let us look at a few examples of cooperation that we have witnessed in the Eastern Mediterranean in 2020:

In parallel with these developments at State level, we are seeing a ripple effect in the private sector, where there is increasing, extensive cooperation between universities, and other non-governmental organisations. This testifies to the dynamic of regional cooperation that has developed at state level.

The cooperation developed in the region, which is based on a strictly positive agenda, has created a dynamic that could lead to the creation of a regional Organisation for Security and Cooperation when the political conditions permit. In fact, the East Med is one of the few regions where such an organization does not exist.

An East Med Organisation for Security and Cooperation will be inclusive, based on a positive agenda, and with the only pre-requisites being respect for international law, commitment to good neighborly relations, and respect to the sovereignty, sovereign rights and territorial integrity of every country.

All of the cooperation we have been witnessing in the region, and ultimately the creation of such a regional organization, not only serve the interests of countries involved, and the East Med. They also constitute a positive development for other international actors such as the US, which traditionally is interested in developments in this neighbourhood. Most importantly, they are beneficial for the European Union, in this vital neighbourhood of hers that is not only full of challenges but also ripe with opportunities.

One quick look at the challenges that have hit the EU in recent years – such as migration – find their root causes in the region. For this reason, but also for the immense potential this region holds for the EU, the EU needs to engage more actively. Regrettably, and often times this is raised by our partners in the region, we are not seeing the level of engagement we would like to see from the EU in the Eastern Mediterranean.

The long term goal of the establishment of a Regional Organisation, will not only fill a vacuum that we are seeing in the region, but will also send a clear signal in favour of multilateralism, at a time when its added value is under attack.

Last but not least, it will send a clear signal to countries in the region that are acting as spoilers to stability and cooperation that the only viable, beneficial path, is not that of gunboat diplomacy, but that of respect of international law, good neighbourly relations, respect for the sovereignty and territorial integrity of neighbors. As I have already mentioned, no country in the region is excluded from this web of cooperation.