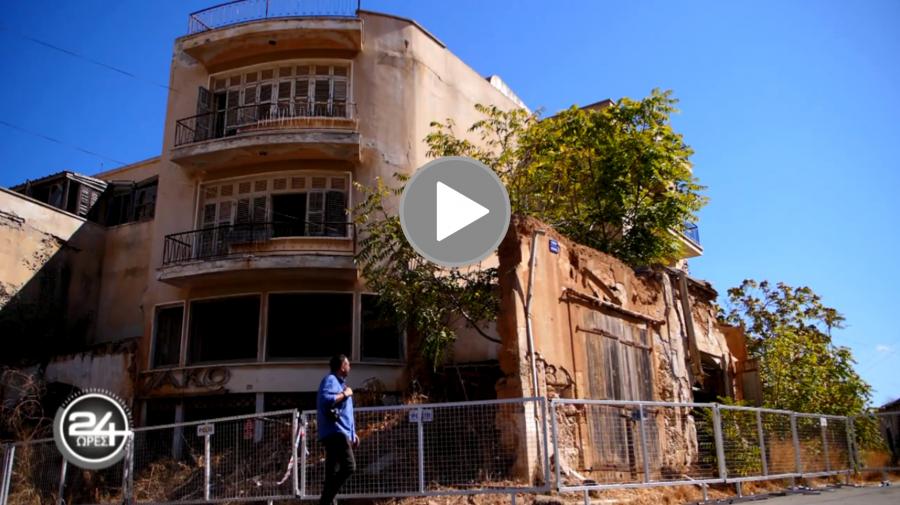 During a ceremony that took place on Wednesday, 4th November, at the Ministry of Foreign Affairs, journalist Constantinos Constantinou of Alpha Cyprus TV, presenter of the show '24 Hours', handed over to the Minister of Foreign Affairs, Nikos Christodoulides, the show’s documentary filmed recently in the occupied town of Famagusta, for purposes of use by the Ministry in the context of the actions it undertakes with a view to drawing attention internationally to the Cyprus problem and the continued illegal Turkish occupation of part of the Republic’s territory.

Expressing his warm appreciation to the management of the Station, the production team of the show and to Mr. Constantinou, Minister Christodoulides stated that the Ministry will ensure that this important documentary is adequately utilized both in Cyprus and abroad, through the network of Cyprus Diplomatic Missions. The subtitled documentary, Mr. Christodoulides went on to say, becomes an important addition to the Ministry’s toolbox in its continuous effort to raise awareness amongst foreign governments, international organizations and the international community, about the Cyprus problem and the continuing Turkish occupation, with particular emphasis on the issue of Famagusta and the fenced off area of ​​Varosha.

You can watch the entire documentary, with English subtitles, from the link below: